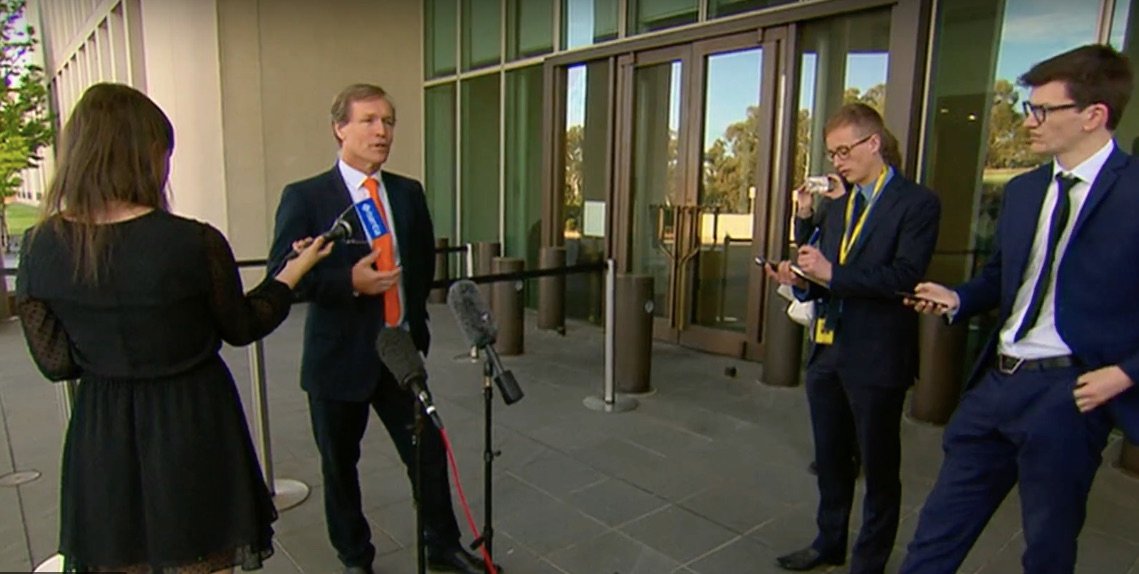 For Kids Sake launches policy paper at Parliament House, Canberra,
calling for a fresh approach to family separation and the appointment
of a federal Minister for Children & Young People.

“Australia needs a federal Minister for Children & Young People,” says Dr David Curl, CEO of For Kids Sake, a children’s advocacy group dedicated to protecting children from harm associated with family separation, “Because it’s 2017!” This is one of the recommendations of a new policy paper Children Beyond Separation – A Fresh Start launched this week at Parliament House, Canberra, by the national, non-profit group.

Two weeks after Attorney-General George Brandis initiated what he described as the most comprehensive, root-and-branch review of Australia’s 42-year-old Family Law Act, and one week after the appointment of a new Chief Justice of the Family Court, Dr Curl says that a completely new approach is needed – one that does much more to keep children away from courts and family law.

“It’s great that there’s finally going to be a major family law review and that its focus is meant to be on children,” says Dr Curl. “But a review is only as good as its terms of reference and the team running it. And a mere review of legislation by lawyers – one that won’t result in any action until well after the next election – is, frankly, not what our kids need. They need, and deserve, a different approach – today! And that’s what we’re proposing.”

“The science and medical evidence is already clear: the childhood trauma of family separation, especially when family courts become involved, leads to lifelong mental and physical health problems, as well as inter-generational trauma. All too frequently it results in self-harming behaviour and even suicide. While the Government’s latest review is underway, tens of thousands of children will be harmed for life  by unnecessary exposure to our existing family law system. ”

For Kids Sake argues that more open debate about family separation – and a paradigm shift in how we deal with it – is urgently needed, and that Australia should have a federal Minister for Children & Young People, overseeing child-focused policies based not on ideology or legal argument about vague concepts like “best interests”, but on the latest scientific evidence about what’s really best and healthiest for children in the long term.

“Family separation is, first and foremost, a child welfare and health issue, not a legal issue,” says Dr Curl. “It’s one of the most vulnerable moments in the lives of huge numbers of Australian children – and yet it’s often a moment when there’s no-one there to fully support them just when they need it most. As with many other social issues, it’s also a time when adults need help, support and compassion too – not lawyers and intimidating, adversarial courts.”

“The best solutions to this widespread social issue will not be found in family law. For childhood trauma, as with most things in life, prevention is much better (and much cheaper) than cure. And few people would describe family courts as any form of cure.”

“We need earlier, health-focused interventions and educational programs: better conciliation and coaching for parents, for instance; better, more specialised training for all professionals involved with children; and Medicare-supported programs that protect children and their families at particularly vulnerable moments in their lives. Where there’s no pre-existing violence or abuse, as in most separating families, we need to do much more to keep children as far away from family courts as possible.”