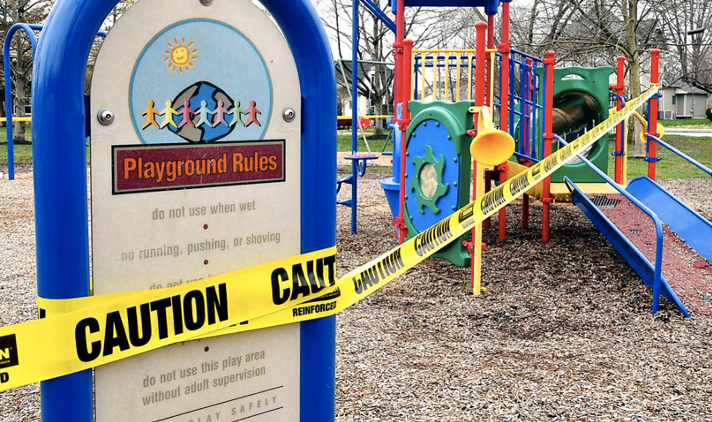 COVID-19 is having an extra impact on children
who need to spend time with parents who live apart.

COVID-19 has had an enormous impact on all of us. For many separated families, there’s one additional, major cause of stress: what to do with children who need, and are supposed, to spend time with parents, relatives or other carers who live apart from one another.

Strict social distancing rules are now in place; playground equipment has been cordoned off in some parts of the country; centres where children can spend supervised time with parents have been closed; a majority of domestic and international flights have been cancelled; and borders between States or regions are either closed or require a 14-day quarantine period on either side, making interstate travel impractical, if not impossible. As a result, many parents are struggling to ensure that children spend time with both of their parents or with others who care for them.

Some, on the other hand, have already been using COVID-19 as an opportunity to prevent a child from seeing another parent, knowing that family courts with a well-documented history of not enforcing their own orders are even less likely to do so under circumstances related to the COVID pandemic.

“I was expecting to see my son this weekend,” said one NSW parent. “But our supervised contact centre is now closed, so I can’t see him there, and my ex is not allowing me to spend time with my son anywhere outside. Nor at my home, as an alternative under these extreme circumstances.”

Family lawyer Rebecca Bunney is well aware of the problem: “This is a public health emergency,” she said. “This is not an excuse to start messing around with your parenting orders just because that is what you want to do. It is not about cutting that other parent out, it is about keeping everyone safe.”

Suicide prevention charity Parents Beyond Breakup, which provides peer-support (online and by phone, rather than in person, during this viral outbreak), has warned that social isolation and loss of access to their children during this crisis will also put many dads, in particular, at increased risk of suicide. Already, at least one child a day in Australia suffers the often-lifelong trauma of losing a parent to suicide in connection with family breakdown.

Recognising the widespread nature of this problem – over 1 million children in Australia live apart from one of their parents – both the federal government and Australia’s Family Court have taken the unprecedented step of making official statements about this issue:

Federal, State and Territory governments have, in general, made a point of stating that travel to enable children and parents to spend time with each other is one of the exclusions to otherwise strict travel rules; while

“The Family Court of Australia and the Federal Circuit Court, which both hear family law matters, have urged parents to act in the best interests of their children and respect the “spirit” of co-parenting orders where “strict compliance” is difficult or impossible due to the COVID-19 pandemic …”. SMH 31/03/20

The Family Court of Australia has gone so far as to issue a detailed clarification for parents about what they should be doing in the current crisis and Chief Justice Alstergren recently took to the radio to spread his message further. Ultimately, it’s a recognition that the Family Court is especially powerless during the current crisis – and it’s a plea to all parents to be reasonable, to show flexibility and to do what’s best for their children.

Trouble is, in the absence of the support and early interventions that all families need when they break-up, most parents who’ve have already entered the portals of Australia’s family courts have already gone too far for reason or flexibility to be expected: they know that they’re in a hostile, adversarial arena where there will be little reward for good behaviour and where there are irresistible pressures and incentives to exploit the system and behave in ways that are not best for their kids.

The fresh approach to family separation and divorce that For Kids Sake has been developing and promoting over the past four years would see far fewer families involved in family court proceedings in the first place. It would also ensure that parents are helped to develop healthier relationships with ex-partners (wherever appropriate), supported by personal counsellors or coaches, and given access to online tools and user-friendly apps that facilitate ongoing collaboration. If our recommendations were already in place, they’d do nothing to impact the spread of COVID, but they would at least ensure that children isolated from parents they need and love would be able to continue to nurture those and other important relationships even during this crisis.